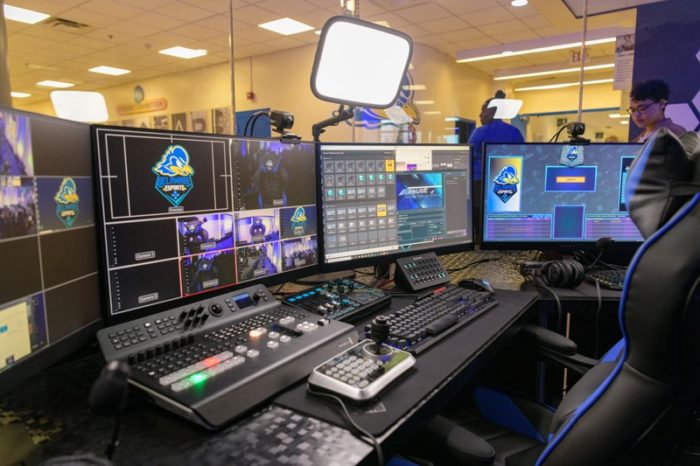 Creating that unique space can be a boon for colleges and universities, but it takes forethought and planning, as well as forging coalitions with a variety of stakeholders.

One of the most dazzling spots at the University of Delaware is located on the first floor of the Perkins Student Center.

Mesmerized by the glass-fronted, blue-lit facade in front of them, it’s a place where teenage recruits visiting campus for the first time can “lose their minds.”

UD’s Esports Arena is one most of the popular places on campus for Delaware students to hang out. It is outfitted with an array of high-tech features, including a stage setup, a wall of hexagonal video panels, a state-of-the-art broadcast booth, and even a scent machine.

“We were charged with creating vibrancy and being relevant, and we knew that it was going to be an attraction to help boost admissions,” says Tony Doody, director of University Student Centers. “It’s definitely a show-stopper.”

Designed to be used by anyone on campus for free, the arena not only serves as a place for gamers to game, but it’s really the ground floor of something bigger, something most research universities crave — a link to academic programs and beyond. UD is planning to launch an interdisciplinary major around esports in the coming academic year.

“I’ve never seen our President [Dennis Assanis] so excited,” recalls Doody of the grand opening. “He said, ‘You’re going to need to build two or three more of these.”

As colleges and universities look for ways to boost interest and increase enrollment, many have found success through esports. And, as campus leaders who have strategically housed esports in a dedicated space on campus have realized, an arena can be a promotional vehicle to attract and build credibility with high schoolers.

The buzz has caught the attention of administrators nationwide as colleges of all sizes – from Central Maine Community College to The Ohio State University – seize on the value of esports by building new facilities or creatively revamping underutilized rooms. Even in the midst of COVID-19-related campus closures, planning for upcoming spaces carries on.

Carving out a space for esports

For those looking to launch an esports arena on campus, planning for future success is a good starting point, advises Josh Kell, CEO of Horizon AVL and Esports Integration, a New Jersey-based firm that designs large venues and arena systems. Along with the creative visionaries at Scott Payette Architects in Boston, Kell helped build out Delaware’s jaw-dropping facility.

But he says, before thinking about breaking ground on an arena, think beyond its walls.

“Most colleges just put computers in a room and say they have esports,” Kell says. “That’s not esports. That’s gaming.”

• Define your mission as a college or university and how the institution is best preparing esports students for the industry
• Develop your roadmap for the next 3-5 years
• Select games, affiliations, leagues and hardware
• Discuss curriculum, branding and community

Once those are taken care of, it’s time to plan and build a facility. Finding space on campus is not always easy.

“Space is the fight everywhere, so any space you can get is cool enough to start,” says Chris Haskell, associate clinical professor and esports coach at Boise State University. “Utah State started with a tiny 13×10 room, but they have six workstations, and it works. Set up shop where you are, then be on the lookout for the next space. Institutions are very much like hermit crabs. You may outgrow the space you’re in, but you are locked into a life where you occupy the best space available.”

Joey Gawrysiak, professor and director at Shenandoah University in Virginia, can attest. His esports program started in the top floor of the library, moved to the basement of the health building and now has moved into a unique space pitched by the university: an unused Armory Building garage (above).

It isn’t modern, but it is spectacular, with seating, a broadcast area and a stage for esports players … most of it with mobile capabilities, so it can host events offsite. Its official ribbon cutting was delayed by the coronavirus shutdown, but when it does open, it will offer hands-on experiences to those who are in its Bachelor of Science esports program. Where did he get the vision?

From Haskell and Boise State University. Despite the often fierce competition during games, collegiate esports has a familial “six degrees of separation” quality to it. Those looking for advice on building an esports arena can simply reach out to another esports director or student life director for support.

Haskell built one of the premier programs at Boise State, which now features three esports spaces and even blue turf from its football field. But when he started, he had “no machines and no players,” and needed guidance. So, he made five trips in three months to the University of California, Irvine, to talk with their leaders, who “were fantastic with their time.”

“One of the questions I get most often is, “How did you get your university to build you this space?”

It helps that Boise’s program has been blessed by $2.2 million in donations, but those were garnered largely by the work that Haskell and his team did to pitch and promote the program.

Kathy Chiang, assistant director of UC-Irvine Esports, knows about fundraising and financial challenges when building a space. Esports originally lived in the Rec Center and was little more than a few pool tables and a couple of Xbox consoles when campus leaders drew up plans to repurpose it as a public-use space in 2015.

“It was severely underutilized and wasn’t really generating any revenue,” Chiang says. “Students would come in with laptops and sit in the area where the Xboxes were and plug into the wall.”

Refurbishing it the way the team envisioned would be costly: $250,000. But the team took on the challenge, without university finances, by “getting a lot of sponsors and partners to come in and fund it,” she says. “They provided equipment that is very valuable — towers, monitors, peripherals and chairs.” In the four years since the launch, UCI Arena has pulled in 13,000 unique users. Because of all the traffic, UCI has plans for a second facility for varsity-level players.

Chiang’s advice on any arena build? Listen to the real experts.

“Find leaders on your campus who are already doing esports,” she advises. “They understand which titles are popular and events that bring people out of their dorms. If you don’t get their input, you’re missing the mark.”

“Make sure you’ve engaged your Student Advisory Group early on. Use your facility to bring disparate working groups together so you can learn about that population,” he says.

Smith spent more than a year studying, pitching and perfecting his esports facility that launched in October 2019 — a necessity on a campus with 1,400 student organizations. OSU converted space in an aging Lincoln Tower residence hall. Now, it is artfully tricked-out and includes VR setups and a sea of workstations, both for esports players and the campus community. His team worked with consultants, an architect and a designer, who noticed that the original plan lacked accessibility.

“You have to remain flexible,” Smith says. “We didn’t put together our list of final equipment until the last minute. We were conscientious about studying power. We’ve paid a lot of attention to air conditioning and not overloading the system.”

His space has “97 percent” of what he’d hoped for … and he, too, got sponsors. Most importantly, he did a lot of legwork early, met with all key stakeholders and kept Ohio State’s mission in mind.

“Build on the strengths of your university,” Smith says. “Use esports for whatever your university can get out of it, to promote your university, to help students succeed. Start with something that gets you going sooner, rather than later.” Gamers’ paradise and more: At Durham College in Ontario, Canada, a 3,000-square-foot, high-tech esports hub is used not only for gaming, but also for expanding experiential learning for academic programs.

Before getting started, heed this advice from these esports experts:

Almost any space works. “We’ve yet to see brand new, purpose-built esports facilities. They’re all cleverly redesigned other spaces. If we were given a broom closet, it would be the coolest, decked-out, neon-lit broom closet of all time.” – Chris Haskell, Boise State

Costs vary. “We’ve done everything from starting a room for $50,000-$75,000 to ones that are over $1 million. I have high school facilities that run from $25,000 to $60,000, and they’re getting computers, furniture, broadcast and elements for a curriculum. It all depends on how much you want to invest.” – Josh Kell, Esports Integration

Power and security: “Make sure you have enough power and good Internet connections … and that you don’t have 5,000 firewall rules like the rest of campus that can bog down games. There are patches that happen daily. Maintain security to have a good experience for your students.” – Kathy Chiang, UC-Irvine Get creative. “Don’t look at it as just a dedicated esports space. If you have a theater space for example, why not put in some mobile tables, put them on the stage. There are a lot of spaces that exist on campus that aren’t being utilized. It doesn’t just have to be a classroom.” – Josh Kell, Esports Integration

Multi-use vs. just-for-esports: “70-75% of our space is open play. I don’t care who you are, if you’re an enrolled student, you can swipe in and use the arena anytime we’re open.” – Brandon Smith, Ohio State

Be prepared: ”Don’t waste time. Don’t waste energy. Don’t waste money. Because otherwise you’re guessing, and it can be very costly. Equipment will be unused or underutilized.” – Joey Gawrysiak, Shenandoah

Don’t build to win. “That shouldn’t be what a university does. What happens if you don’t? If your success metrics are about bringing home championships and that’s it, then that’s all you can build your program around.” – Brandon Smith, Ohio State, citing words often pitched by Mark Deppe, the leader of esports at UC-Irvine

Why laptops … Boise State has 110 workstations. It has 30 gaming laptops that got little use before the pandemic. Now, Haskell says varsity players are using them to keep playing at home. Something to consider as you build for the future.

Ask questions. “What is the goal of having the space? Is it to have practices and competitions? Is it to have events with spectators, or is it something for students to come in and play more casually? What is the interest on campus? Are you providing console or gaming PCs? What is the administrative support you have?” – Joey Gawrysiak, Shenandoah University

Virtual walk-through. “Visualize a day in the life of an esports facility. We got an early 3D rendering. It would have been hard to imagine the space ahead of the project without it.” – Brandon Smith, Ohio State

How Covid-19 may affect arenas when schools open

Chris Burt is the Esports Editor for University Business magazine and the Program Chair for the Academic Esports Conference & Expo. 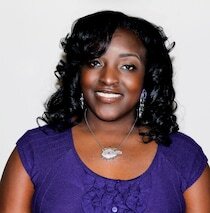 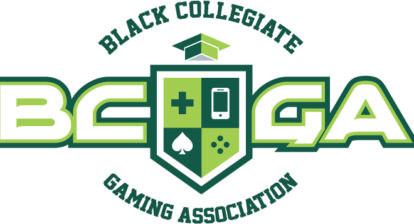 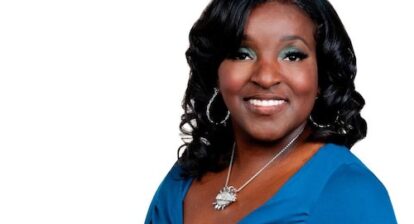 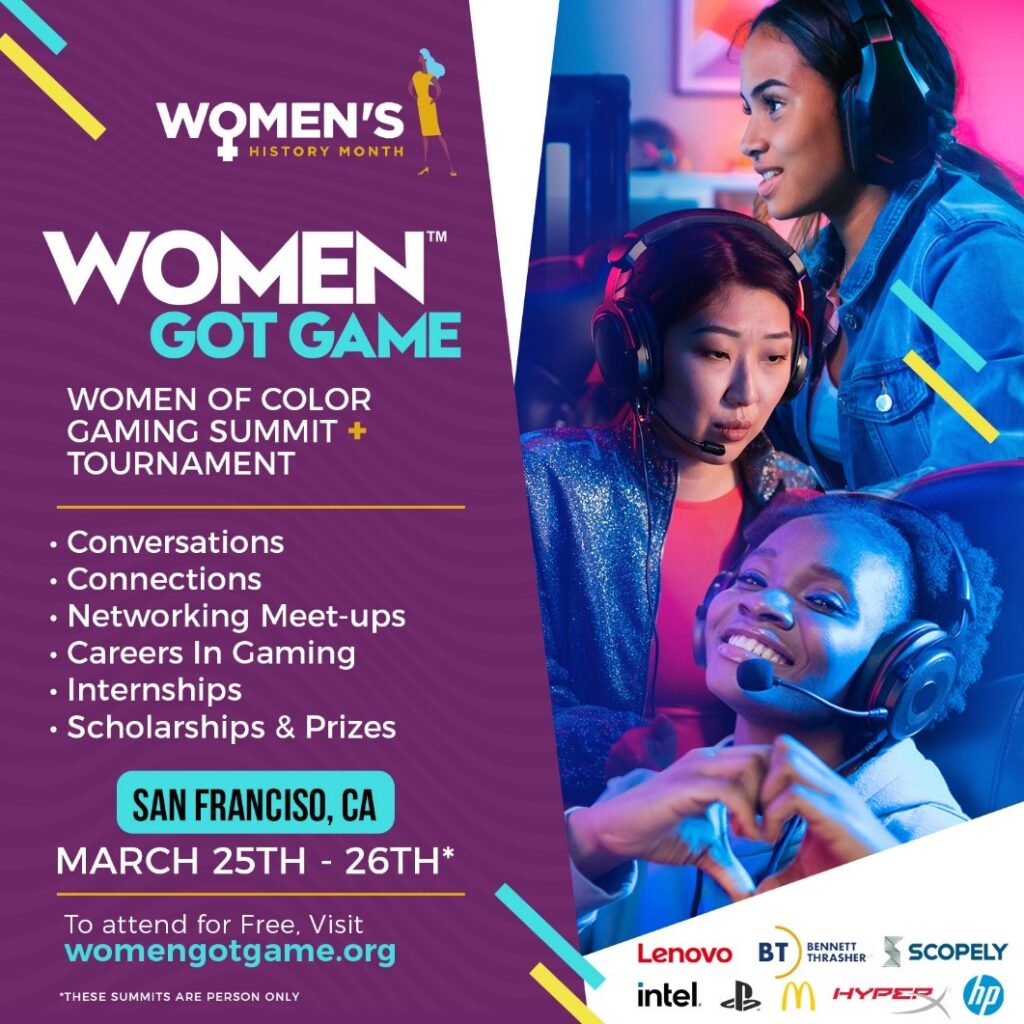