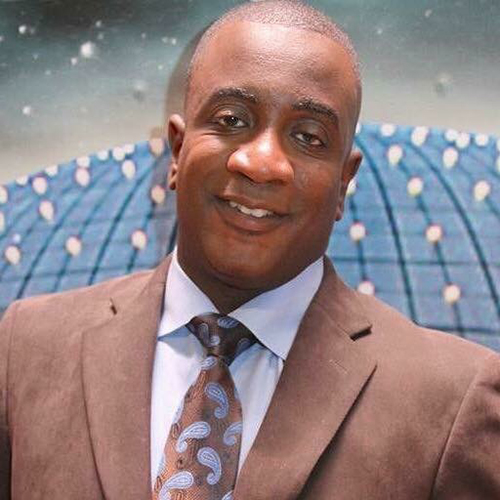 Dr. Marc Williams a sports marketing pioneer and former senior executive for three of the largest sports brands in the world: Champs Sports, Reebok, and Footaction. He was recently named as one of the Top 100 Influential Blacks in the World today by CORE Magazine, considered one of the top educators in Sports Marketing, Entrepreneurship, Innovation and Esports curriculum in America. He was part of a team that helped Champs Sports become a $1 Billion Dollar brand. Today, he is the Founding Director of the Center for Entrepreneurship, Sports and Entertainment at Pacific University.

Dr. Williams is a crossover media and branding innovator, consummate networker and a prominent influencer on social media. His LinkedIn profile has more than 61,000 followers and his posts on LinkedIn and Twitter attract more than 8 million views each month. He is the host of his own podcast; “Dr. Marc’s Masterclass Podcast” on MAP Esports Podcast Network—the largest Esports Podcast Network in the world. He also is the co-founder of the first HBCU esports league, “The HBCU Esports Alliance” (HEA)—consists of 40 HBCU Schools and prepares students for careers in the Videogame and Esports industries

During his career he has worked with various sports and entertainment stars, Michael Jordan, Beyoncé, Jay Z, Aaliyah, Venus Williams, 50 Cent, Allen Iverson, Maroon 5 and Will Farrell. He also led a team that created college football’s “Champs Sports Bowl” that featured NCAA teams in the ACC & Big East with a bowl game payout of $4.25 Million for each team. He negotiated product placement in over 120 Music Videos, 75 Feature Films- including Oscar Award winning film “Sideways” and 69 Videogames.

Dr. Williams was also instrumental in many firsts for the Sports Retail industry. He is credited to signing Hip Hop Legend Eve to be the first Hip Hop Artist to have an apparel deal with a sports retail outlet. Dr. Williams is also credited to negotiating Sports Retail’s first product placement deal with a Videogame publisher Activision/Blizzard in their 2003 award-winning “Streethoops” basketball game. He was also the co-creator of “The AND1 Mix Tape Tour”.

The Esports Observer named Dr. Williams the #2 story of 2020 in their annual “Top Five stories of Year” issue. and selected as one of the Top 25 Black Educators in Miami. Dr. Williams has appeared on the cover of Billboard Magazine, The Network Journals “Top 40 Under 40” annual issue and Black Men’s Magazine Man of the Year. He was also featured on CBS Evening News, BBC World News, ESPN, BET and Sports Illustrated.

Dr. Williams earned his Bachelor’s in Sociology from William Paterson University, a Masters in Sport Management from the University of Massachusetts, and a Doctorate in Education from West Virginia University.